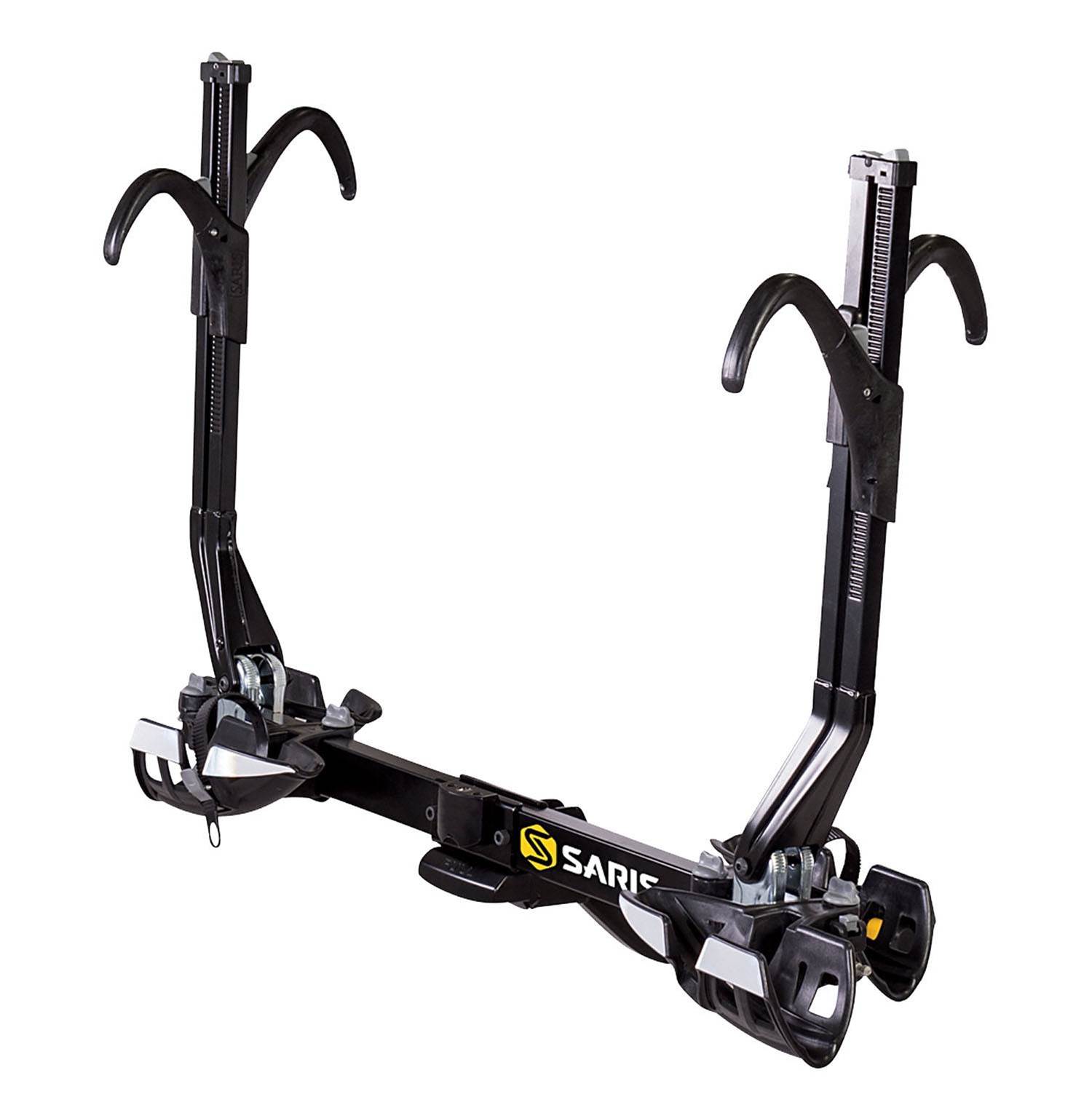 This recently updated rack stands out for its unique design. It mounts two bikes on a single bar, which gives it a low profile and makes it easy to access your trunk when it’s folded up.

The rack now also tilts out, so you can get into a hatch or pick-up bed even with bikes on. The slim design does mean that each folding arm secures a front and rear wheel at the same time, so you can’t position the clamps independently when loading two bikes. But there’s a sequence that makes it fairly painless (Saris has a good video), and different size mountain bikes fit well without conflict.

It works with both 1.25- and 2-inch hitches, thanks to an included adaptor. Other improvements: Wider wheel trays fit up to 4-inch-wide tyres (larger trays are available for 5-inch fatties), and an integrated lock system uses steel cables that secure each bike independently, making it less clumsy to use than the previous rack’s single-loop cable.

A minor ding: One of the plastic knobs that adjusts wheel-tray position rattled off during the rack’s first outing, but the wheel’s ratchet strap kept the tray from sliding, and Saris will replace the part. 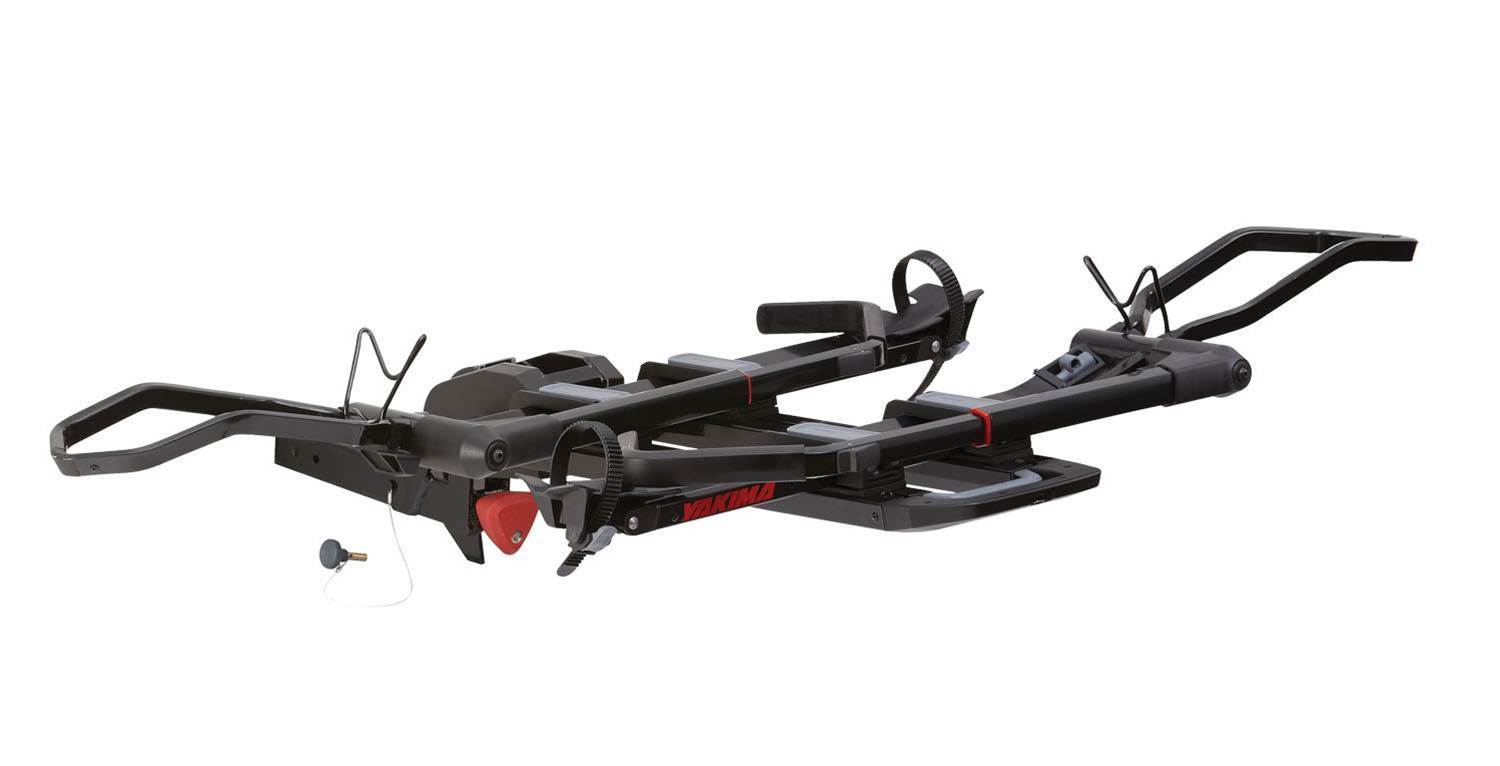 This is the lightest rack in its class meaning you won’t need to hit the gym just to get it set up – but still has room for two bikes weighing up to 15kg each (with an EZ+1 add-on giving you the ability to carry a third as well).

Versatility is awesome, with the rack able to take wheel sizes from 26” to 29ers and tyres up to 5” wide – so you can slot a roadie right next to a fat bike if you so wish! And you don’t need to be an expert at Tetris (or constantly carry a boot-full of padding) to keep your precious cargo from bashing into each other, since the quick-change levers allow for spacing readjustments even after the bikes have been securely locked and loaded in place on the rack. 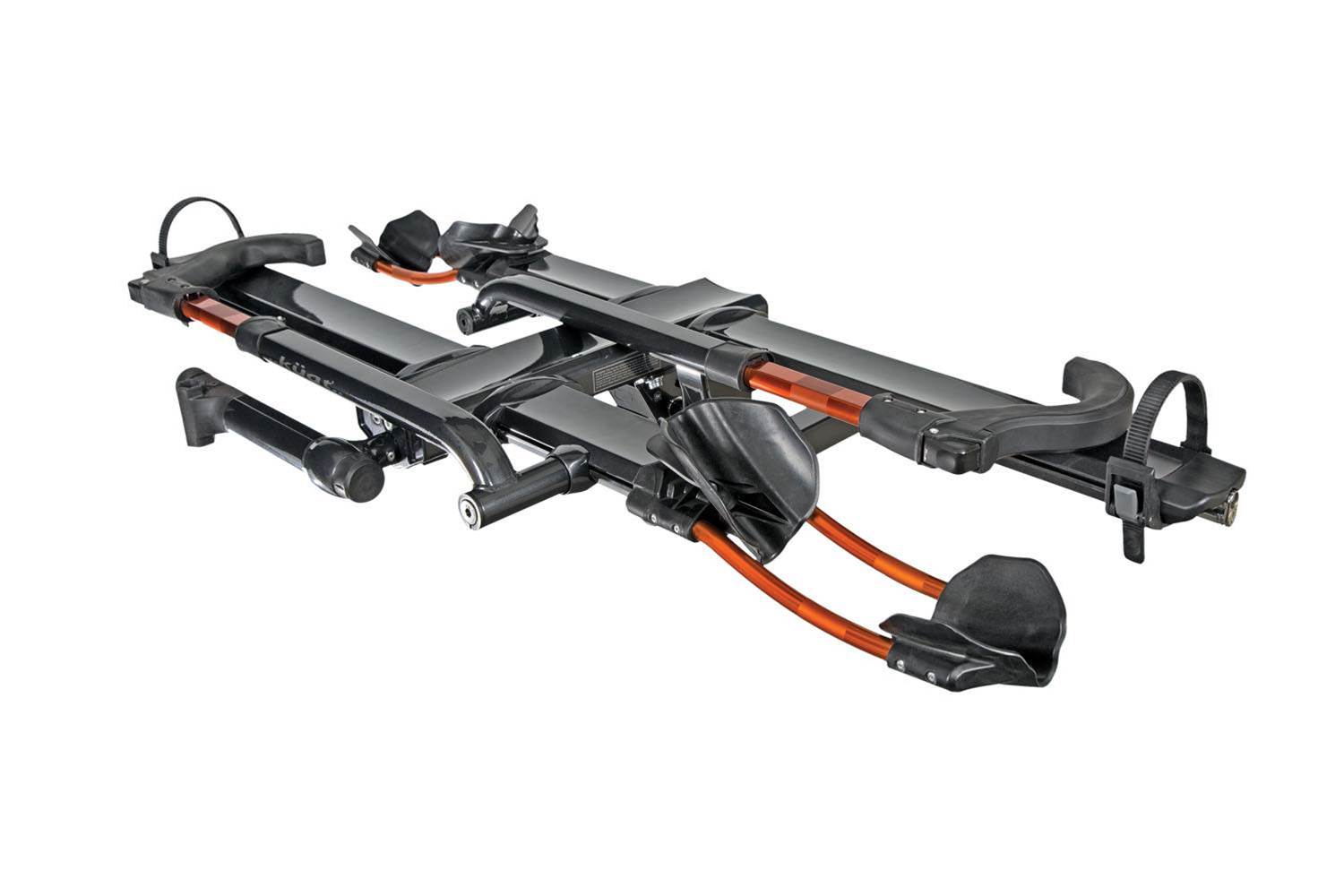 The last thing you want to see in your rearview mirror as you hurtle down the road is thousands of dollars’ worth of bikes doing the hula behind your bumper.

Thanks to an expanding-wedge design that secures the rack in your vehicle’s receiver hitch and locks in place with a theft-preventing thru-bolt, the NV 2.0 stayed wobble-free throughout our testing. A stout pivot lets you flip the rack up when you’re not hauling bikes, deploy it flat for when you are, or drop it to a 45-degree angle for easy access to boots and pick-up beds.

Other nice features: integrated cable locks and repair stand, and adjustable cradles that offer better clearance for stacked bikes when loaded. Available for 1.25- and 2-inch receivers; extras include a 20-inch-wheel adaptor and a two-bike add-on costing an extra $650 (for 2-inch receivers only). 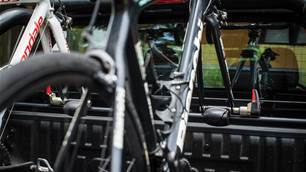 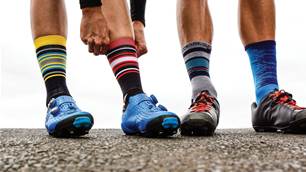